Alongside the release of the EP, is the video for the song “Jesus the Son of God” featuring COZA’s music group The Gratitude.

The 7-track EP is executively produced by Ezekiel “EeZee Tee” ThankGod, and contains previously released songs such as her crossover single “Jehovah Overdo,” “This Love” and the EP forerunner “Ko S’Oba Bire.” Other singles include “Chukwu Oma,” “Lion and the Lamb,” and the bonus track “This Love (French version).” 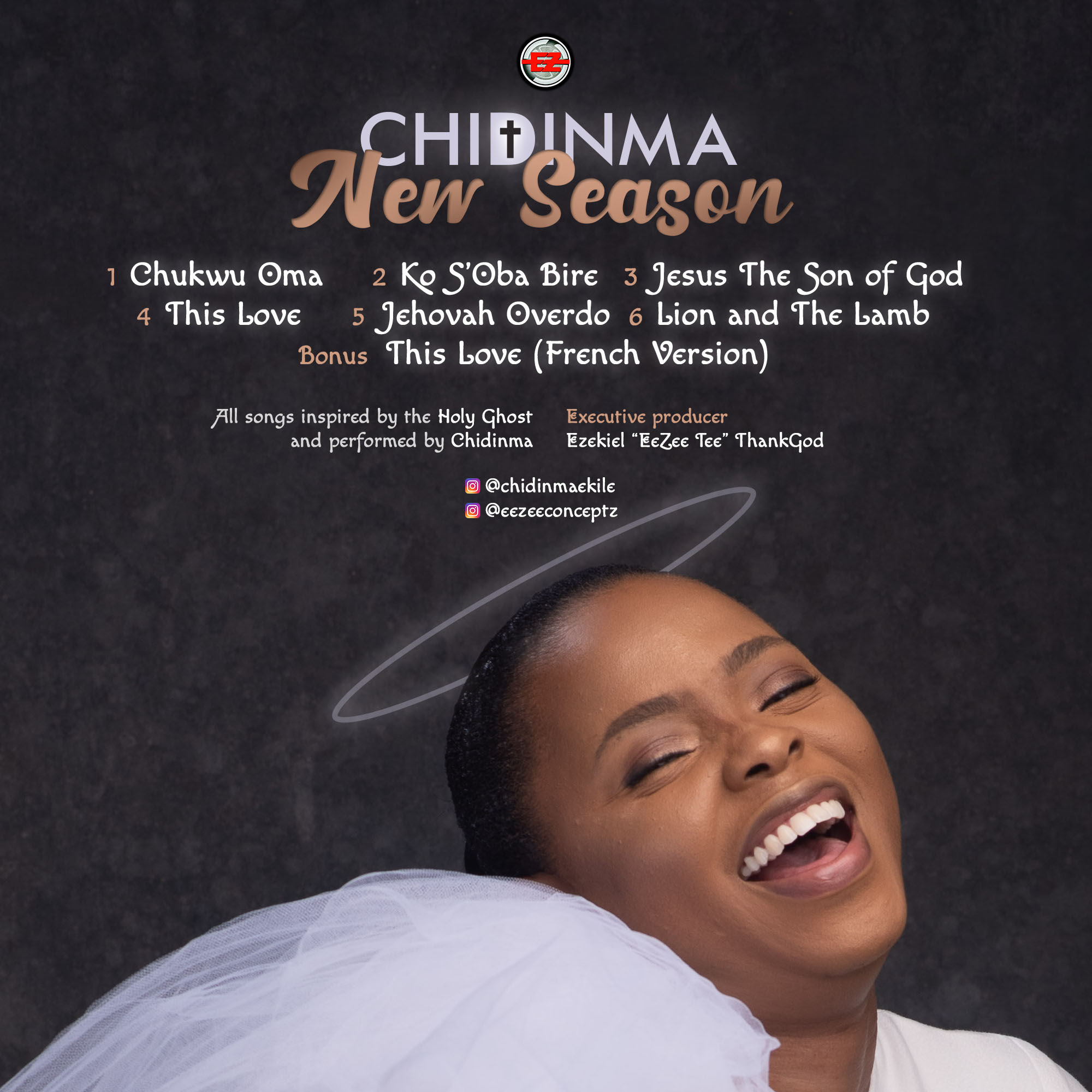 Chidinma Ekile announced her switch to Gospel music having been signed to EeZee Conceptz label in May, 2021. The announcement and ceremony was accompanied with the release of “Jehovah Overdo.” She released “This Love” in the following month. The song is a heartfelt ballad about the love of God. “Ko S’Oba Bire” which happened to be her 3rd release is a forerunner for her EP “New Season.” It was – like the rest of the singles – released with an official video.

The video for “Jesus the Son of God” featuring The Gratitude is now available on YouTube and you can watch it below.

Get “New Season” EP below: